Plant a tree in memory of Lane
An environmentally-friendly option 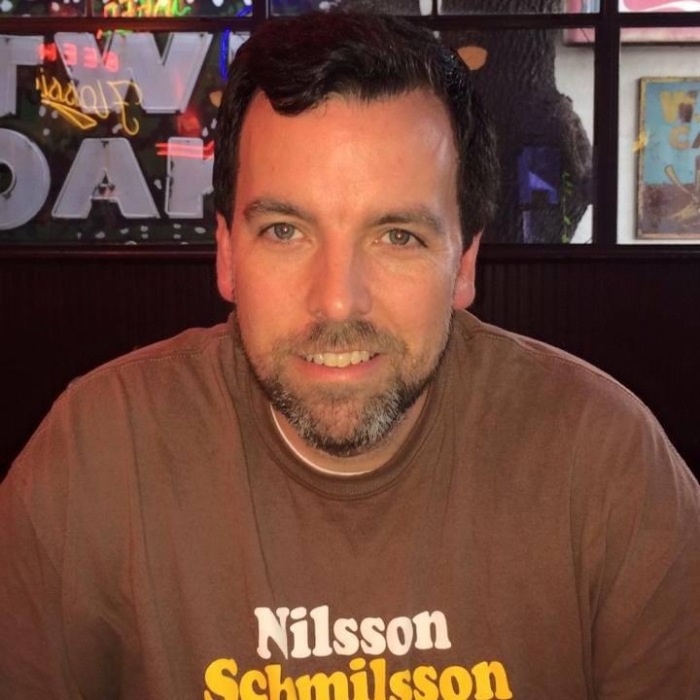 A bright light dimmed when Chicago resident Lane Campbell passed away on February 19, 2021 at the age of 50.

Lane was a well-known figure and friend of the music community locally and nationwide. He had an encyclopedic knowledge of music and an inexhaustible passion for supporting local and up-and-coming artists and bands and independent live music venues. Music, and connecting with people intimately over music, was of integral importance to Lane.

While Lane’s deep love of music is what first comes to mind to many who knew him, he had extraordinarily deep and complex interests and passions in so many facets of life. He was an avid golfer, enthusiastic sports fan, and fierce advocate for social justice. He had individual relationships as well as groups of friends with whom he went to live shows, talked music, golfed, bowled, played racquetball, watched and attended sporting events, traveled, drank beers, and debated politics. Universally, he was recognized as a very genuine, thoughtful, and decent man, while also being known for a sharp and often sarcastic sense of humor.

You might come across Lane at a local music venue or pub with his Yankee baseball cap and obscure band t-shirt on and a Yuengling in hand, and  enjoy a laid-back or intense conversation on anything in the world.  While many of us talk about doing things, Lane did things: that late Tuesday night show to support a local artist, a cross-country drive to see a show or sporting event, execution on an idea for a fun evening or weekend event.  And of course, the creation of a mix CD or playlist for absolutely everything, with artwork and personal liner notes reflecting on why the songs selected were special to him and/or what memories they triggered.

Lane was born and grew up in Allendale, NJ, and spent enjoyable years in Minneapolis, MN and Cincinnati, OH before settling permanently in Chicago in 1999. Lane earned his BS degree in Economics from the University of Minnesota in 1992, and graduated with a joint JD/MBA degree from the University of Cincinnati in 1999. Lane worked in various legal and compliance capacities throughout his career, most notably and recently with Northwestern University in Evanston, IL. Lane first joined Northwestern in 2006 as a senior contract and grant officer in the Office for Sponsored Research. Over time, Lane cultivated interest and expertise in export controls and related international compliance issues, and in 2012, became the director of Northwestern’s newly established Office of Export Controls Compliance, a position he held since that time.

Having deep passion and appreciation for music, Lane had specific discussions with loved ones over the years of what his desired memorial service playlist would entail.  A line from one song encompasses the crux of Lane’s spirit:

As is glaringly apparent through the feelings and memories being shared among Lane’s loved ones around the country and beyond, Lane’s masterpiece left for us here on earth is the profoundly personal impact he had on so many, individually and collectively. The way he created and embraced such intensely meaningful feelings in -- and connections among -- people in every frame of his life, allows for Lane’s spirit to live on through all that he touched.

Planning for memorial services underway and to be announced at a later date.  Donations in Lane’s memory can be made to the following:

Plant a tree in memory of Lane by clicking here.
To send flowers to Lane's family, please visit our floral store.

A service summary is not available

Plant a tree in memory of Lane
An environmentally-friendly option

Plant a tree in memory of Lane

18 trees planted in memory of Lane

Lane was an amazing person to work with, and good friend to many. He will be forever in our memory.
Northwestern University Institutional Review Board Office


A Grove of 3 Memorial Trees was planted in memory of Lane G. Campbell

A Memorial Tree was ordered in memory of Lane G. Campbell by Elle Kiznyte.  Plant a Tree

Lane gave me his friendship, wisdom, humor and trust. He forever impacted my life and I miss him dearly.
Ann Adams

A Memorial Tree was ordered in memory of Lane G. Campbell by Ann Adams.  Plant a Tree

My heartfelt sympathies to Mary Kay and to all the the family and friends. I had the privilege of meeting him through Mary Kay.  He truly touched so many people's lives in this world.  I believe that he would agree that Music does heal the soul!

A Memorial Tree was ordered in memory of Lane G. Campbell by Northwestern Sponsored Research office.  Plant a Tree

Plant a tree in memory of Lane